To view the full presentation, please go to https://www.youtube.com/watch?v=IyhuE294UF4 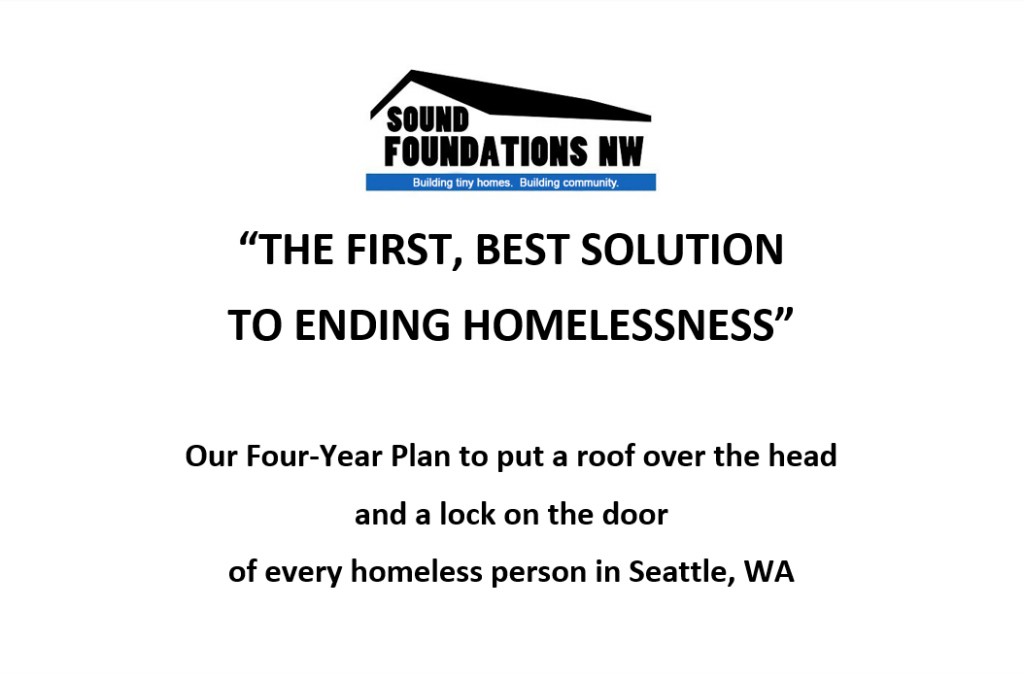 When we proposed this Four Year Plan, our figures were based on the number of estimated homeless at the time.  Since then, the King County Regional Homeless Authority (KCRHA) has readjusted the estimated number of homeless people in King County to 13,368. (https://kcrha.org/data-overview/) Based on this information, we have revised our Four Year Plan to reflect this number.

The changes in the original are  red and lined out.   The revised changes are blue and bold.

Homelessness is a big problem with a lot of solutions.  We realize that.  We also know from four years’ experience building tiny homes that getting people off the ground and into a space that is warm, safe, and dry is the first, best solution to ending homelessness.

We want to work together with other agencies to end homelessness.  This is our plan to be a part of that solution.

SPECIFICS OF THE PLAN: 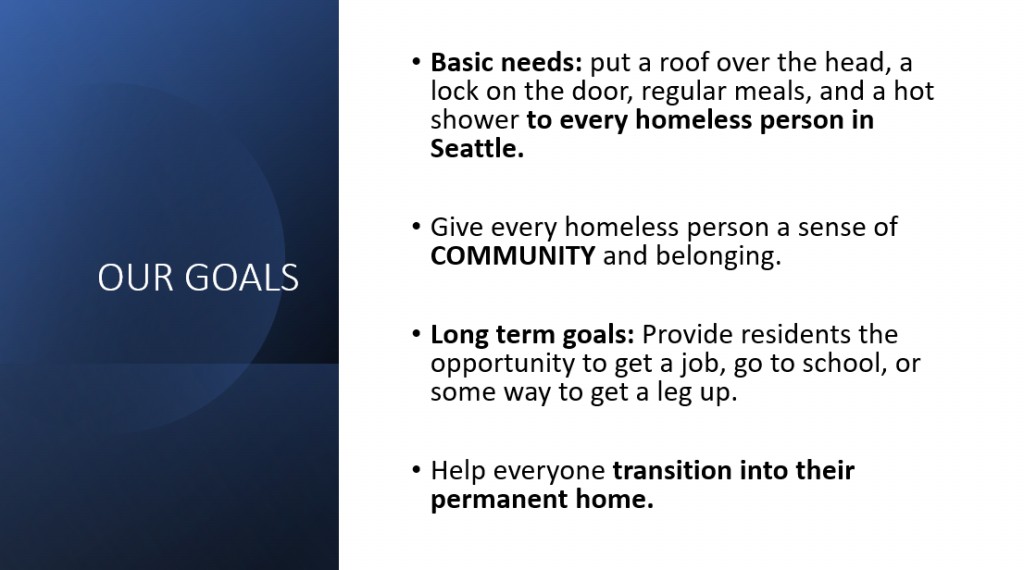 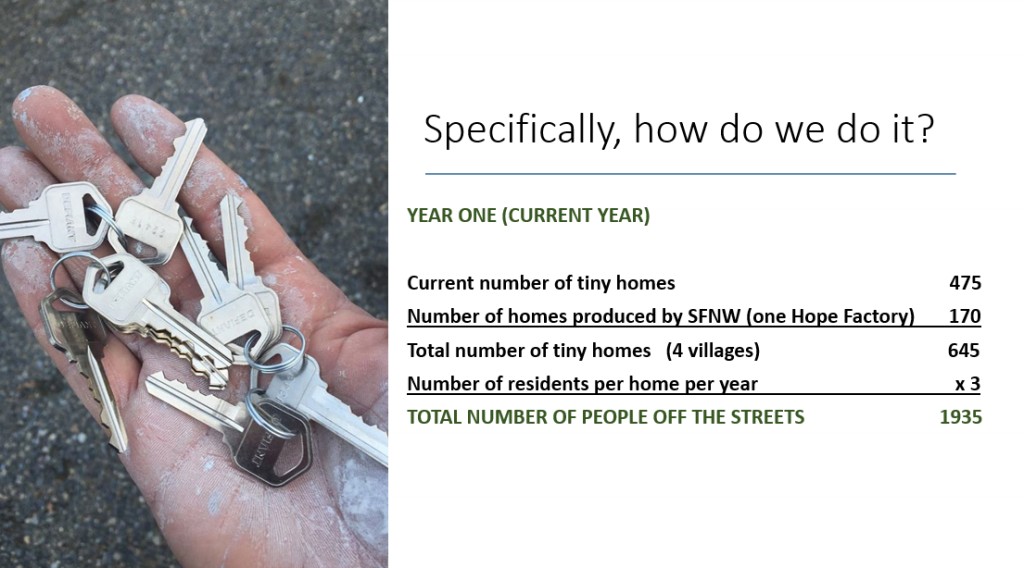 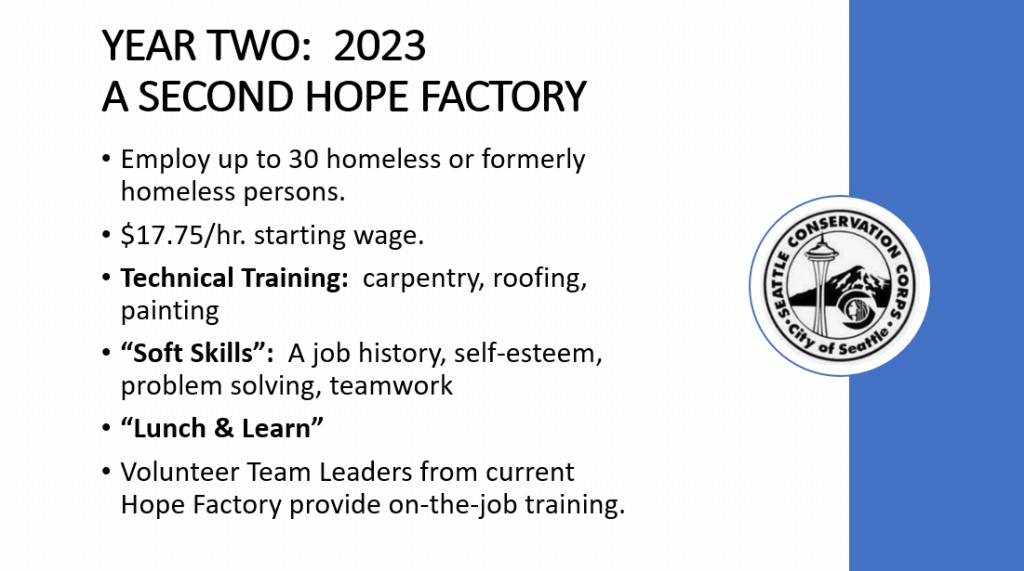 Admittedly, we have no experience in the Human Resources.  That’s why we will rely on the Seattle Conservation Corps to take care of the “HR” part of this.

Seattle Conservation Corp is willing to work with us, and they are excited about being a part of this plan.

YEAR TWO BY THE NUMBERS

YEAR THREE BY THE NUMBERS

YEAR FOUR BY THE NUMBERS:  THREE HOPE FACTORIES INSTEAD OF FOUR

TOTAL OFF THE STREETS IN FOUR YEARS 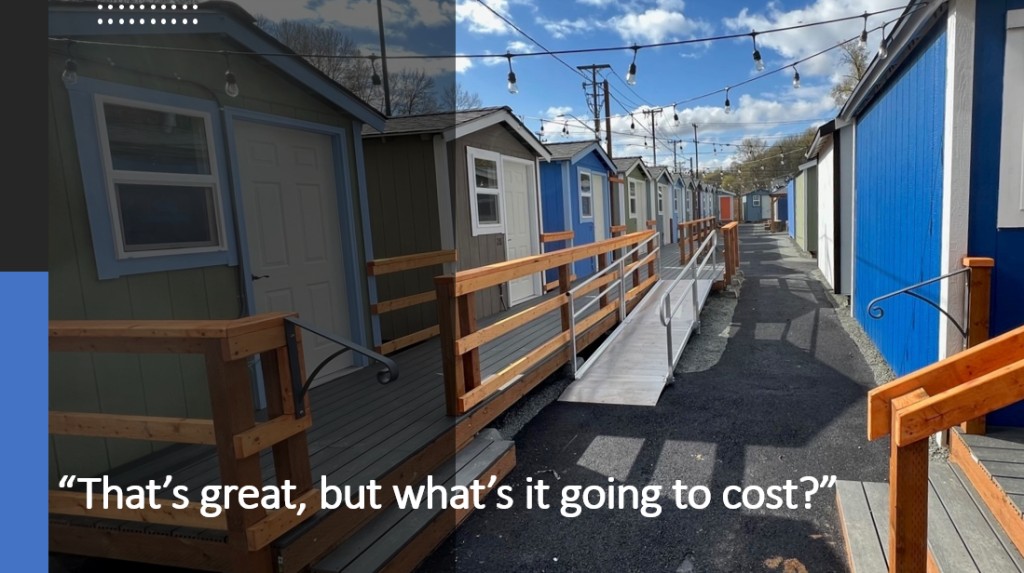 FUNDING FOR THIS PLAN 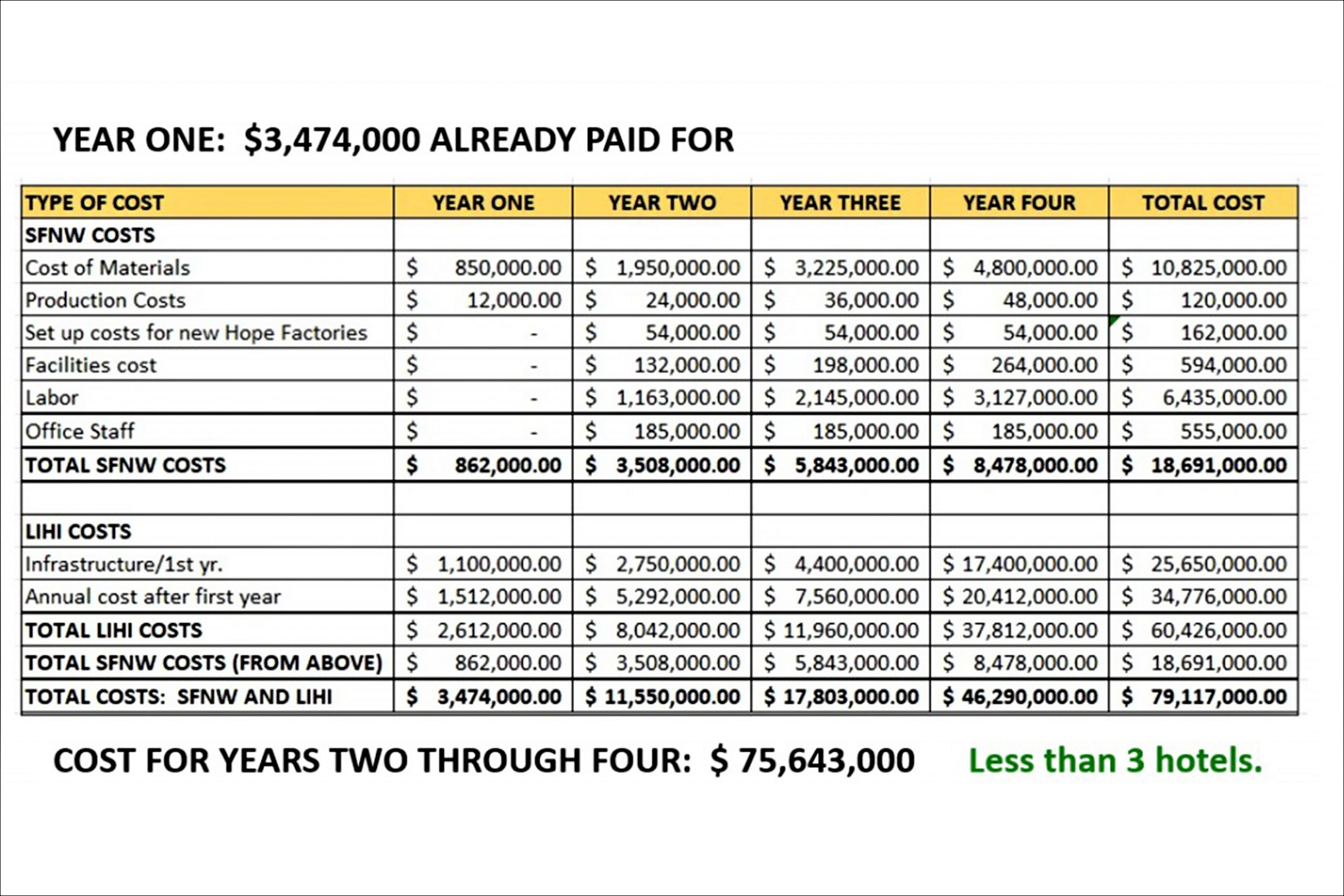 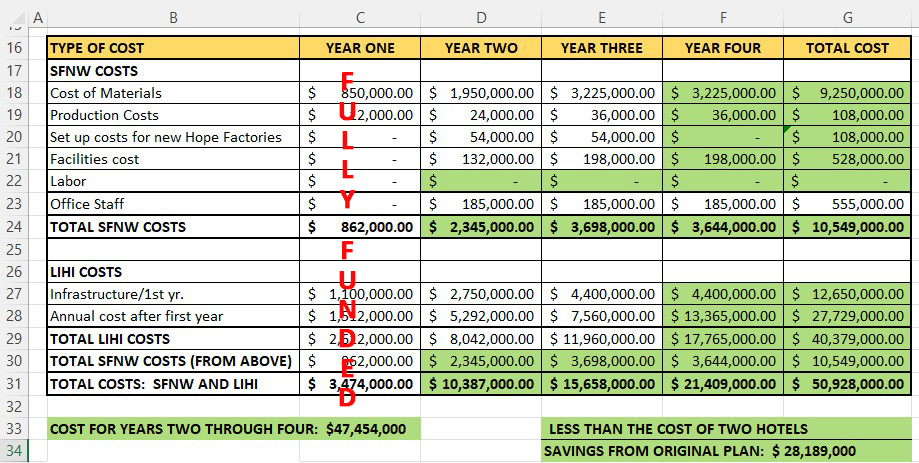 Bracketed numbers and letters show which cell the notes are for.  For example, [18D] is Year Two Cost of Materials.

[19F]  With 3 Hope Factories instead of 4, the production costs would be the same.

[20F] There are zero Set Up Costs because we would not be setting up a fourth Hope Factory.

[21F] Facilities costs will be reduced because there will be one less facility in Year Four.

[27F]  Infrastructure/First Year Costs would be substantially reduced simply because we are building less villages.

[28F]  Annual costs for the villages are based on LIHI’s data of $9000 per person per year.  Less villages in Year Four mean less people in the village and less cost to operate.

[33E]  The revised cost of the Four Year Plan is less than the cost of TWO hotels, not three. 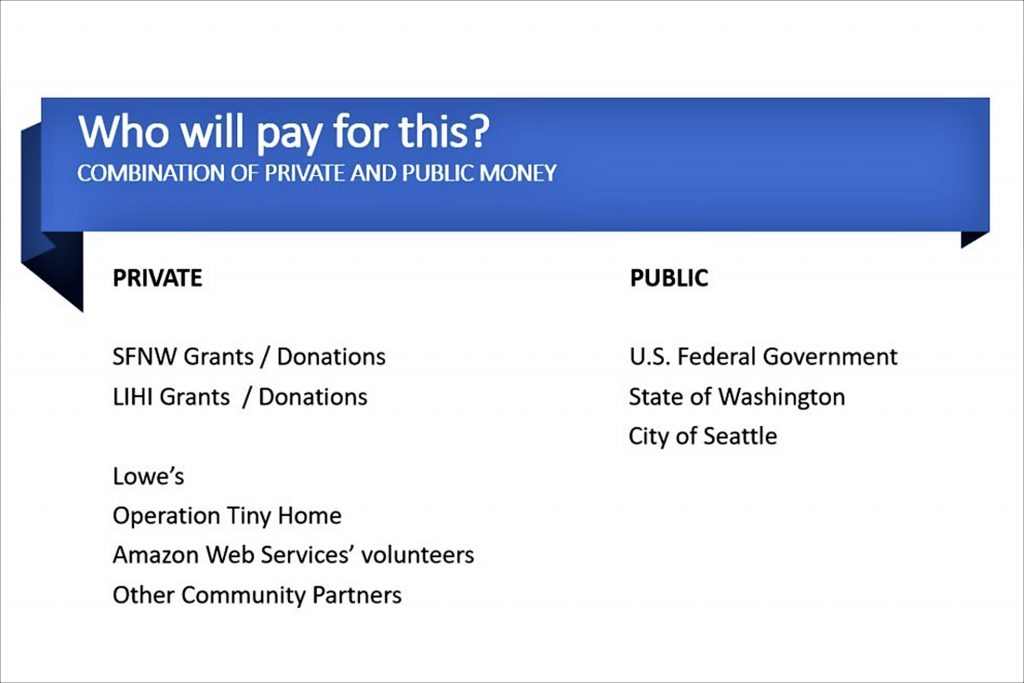 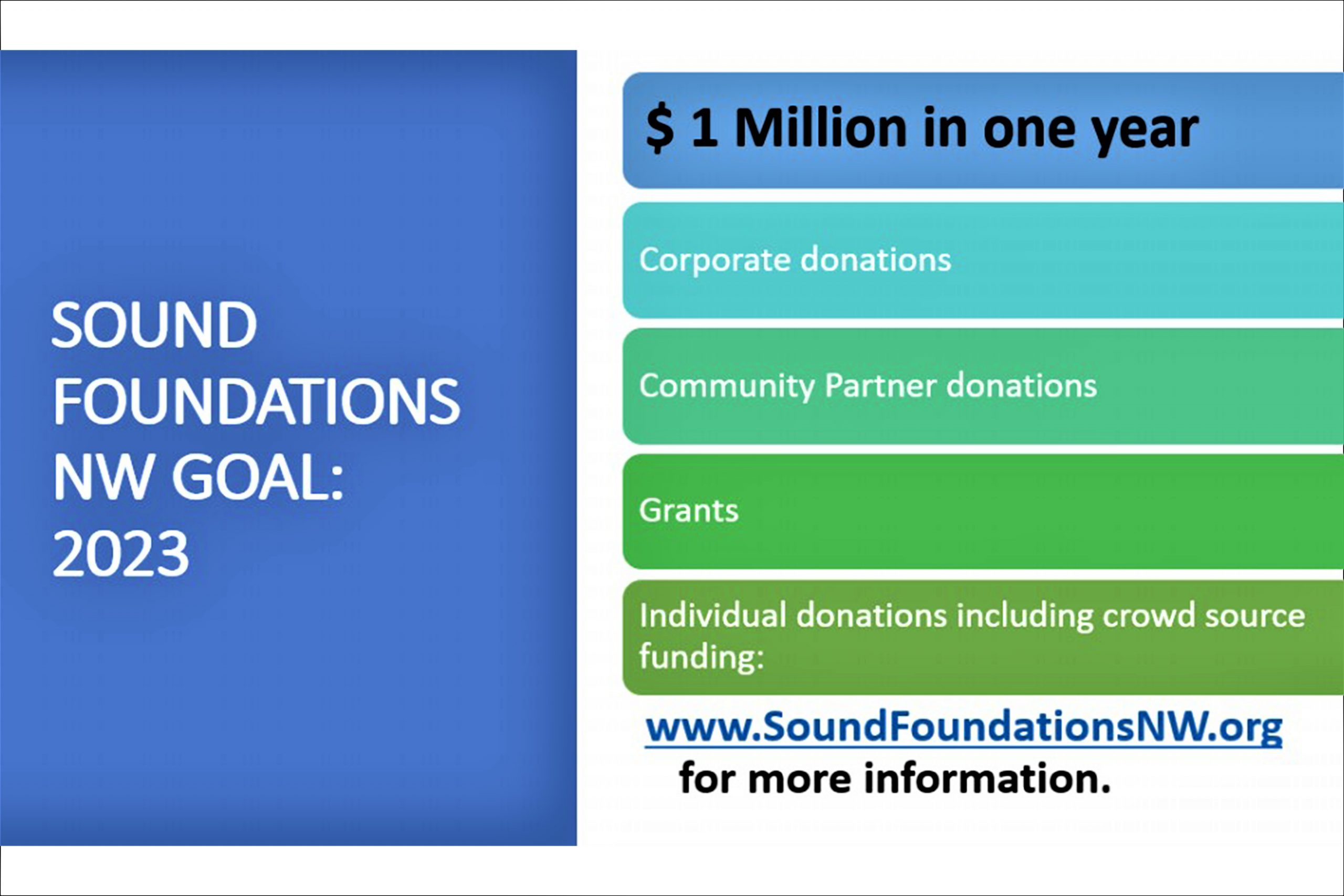 Sound Foundations NW has started a “Go Fund Me” Campaign to raise our necessary portion of this plan.

LIHI is in the process of their annual GALA campaign.

We (SFNW) are already speaking with Rep. Jayapal and Senator Murray’s staff as well as WA State for additional funding. 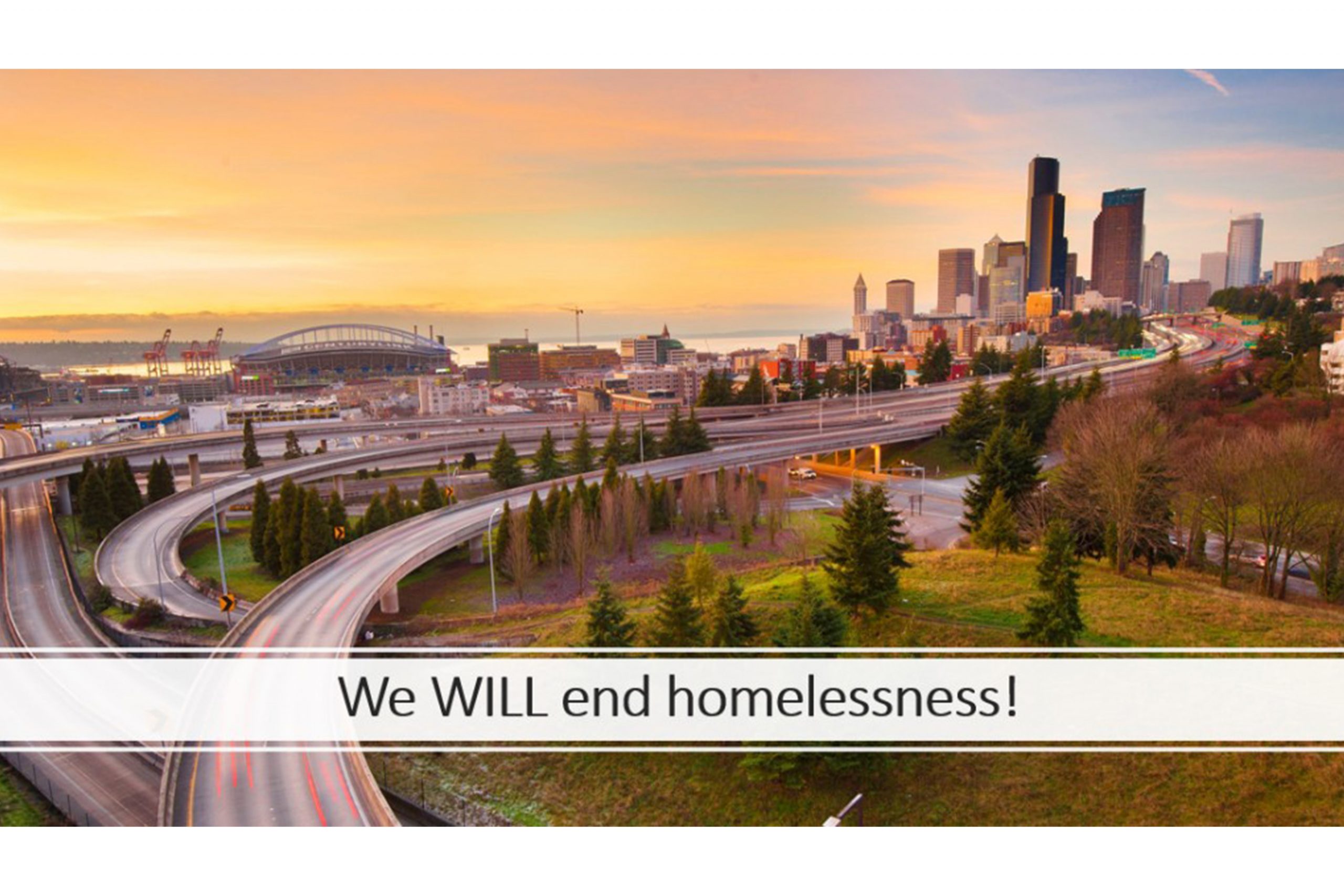 HOW YOU CAN HELP

Donate through our GoFundMe campaign.

Donate in other ways.